The Sanremo Civic Museum in the new Palazzo Nota building. The monumental seventeenth-century building of Palazzo Nota, once the residence of the Genoese commissioner and former municipal seat, was completely restored after long restoration works that brought to light the large rooms decorated with stuccos and frescoes of the eighteenth century. From December 30, 2016 Palazzo Nota has housed the Sanremo Civic Museum, once in Palazzo Borea d'Olmo, which is home to the rich archaeological, historical and artistic heritage of the city of Sanremo and of Western Liguria. On the first floor there is the Archaeological Section which preserves the oldest evidence of the Sanremo area from prehistoric times. On the second floor you can admire the historic hall of the City Council with eighteenth-century frescoes. 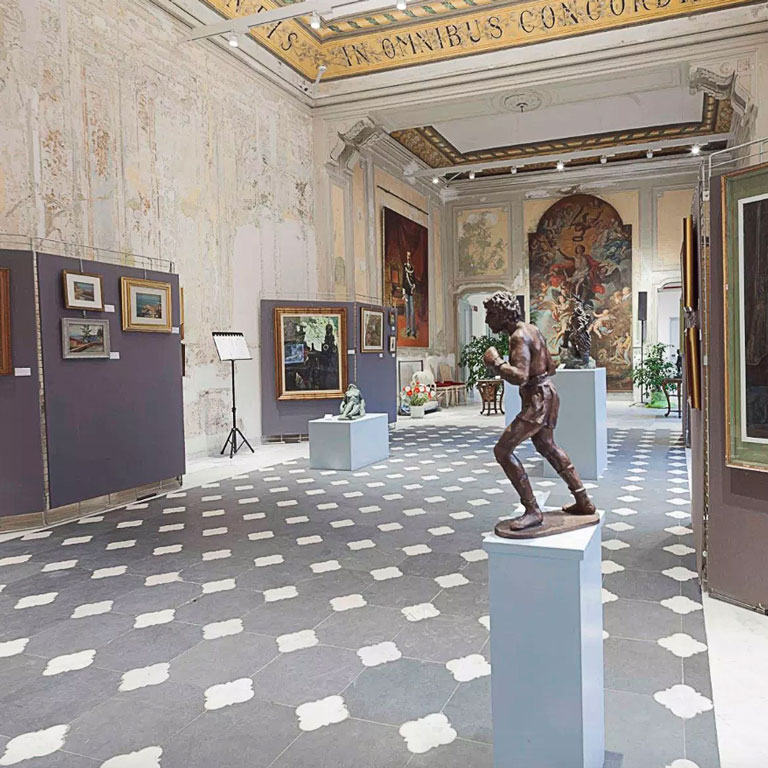